A year ago, Bloomberg[1] reported that JPMorgan had implemented a contract review software termed Contract Intelligence (“COIN”). According to the article, was invented to do the job of reviewing commercial-loan agreements. Before COIN, this review process would take up to 360,000 hours of work each year by lawyers and loan officers. Today, COIN reviews loan agreements in is less error-prone, and would never ask for vacation or call in sick.

With the rise of artificial intelligence (“AI”) and computers, every lawyer should examine which type of tasks they ought to focus on to maintain their competitive advantage. This needs to take into account the need for law firms to and must that computers are generally better at performing certain (routine) tasks. Such tasks can range from of documents for relevance in discovery to contract review for due diligence. Where the ability to bill an hourly rate gradually diminishes for such work (which is indicative of the decreasing value-add for such work), law firms that have the necessary tools to manage such routine tasks would gain a competitive advantage over other specialist firms.

Interestingly, the common pushback we hear from lawyers on the need to automate is the bespoke nature of their legal work which suggests irreplaceability. However, the startling progress of computers into high-skill legal work makes it clear that tasks which requires high cognitive ability do not form an impenetrable barrier against future displacement. Computers have already advanced into a higher realm of lawyering skills, such as predicting the outcome of cases and deciding if cases should be settled or litigated by a range of data. Coupled with Moore’s Law, which predicts that computing power would double every two years, this suggests that each doubling of power would reduce the “skill” gap between legal work performed by a human and that performed by a computer. 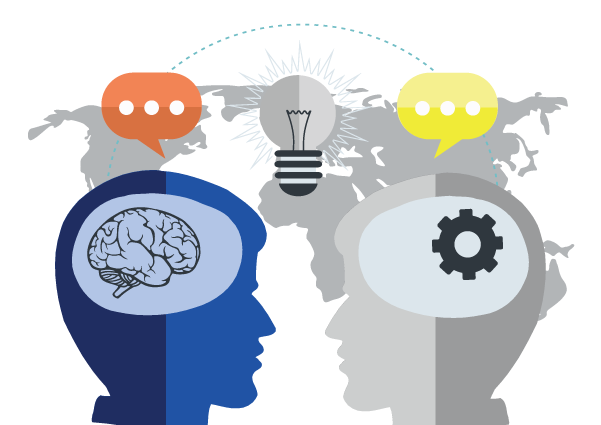 To be clear, the rise of AI and computers does not detract from the need to . In fact[2], the need to in tasks where humans would continue to outperform computers for the foreseeable future remains .  It is no wonder that Professor John McGinnis of Northwestern University stated that the average lawyer “faces a bleak future” and leads us to the question of the role of lawyers in the future delivery of legal services.

This outlook begs the question of what can help distinguish a lawyer from the average. The answer was espoused by Jack Ma (on a tangential issue when speaking at the Bloomberg Global Business Forum) when he coined the term “LQ,” and was also mentioned in the best-selling Humans Are Underrated[3], albeit with a different term – “empathy.” According to Jack Ma, “LQ”, the quotient of love, is an intelligence which machines would never have. Commonly referred to as empathy, such a set of skills will (hopefully) continue to be dominated by humans for the foreseeable future, and lawyers should continue to focus on building the necessary emotional bonds with their clients, to persuade and help them navigate potentially tricky obstacles and to act in their best interests. This requires law firms to make necessary investments and gain an in-depth understanding of their clients’ businesses to be able to advise them accordingly.

To do so, law firms must be able to serve clients at different price points for matters of varying values, use technology to reduce the time required for client servicing, and supercharge their lawyering skills at every possible interval.

is the beginning of how the delivery of legal services globally is changing due to technology, and the future belongs to law firms that have a mastery of both human and AI-related work .

[2] It is submitted that this shift towards specialisation is still firmly on track. In fact, the recent launch of the Specialist Accreditation Scheme for Building and Construction Law by the Singapore Academy of Law suggests further opportunities will exist for legal service providers with the necessary specialisations to distinguish themselves from the pack.

[3] 'Humans Are Underrated: What High Achievers Know That Brilliant Machines Never Will' by Geoff Colvin